Skip to content
ACE – WHAT MAKES QUBIC SYSTEM STAND OUT 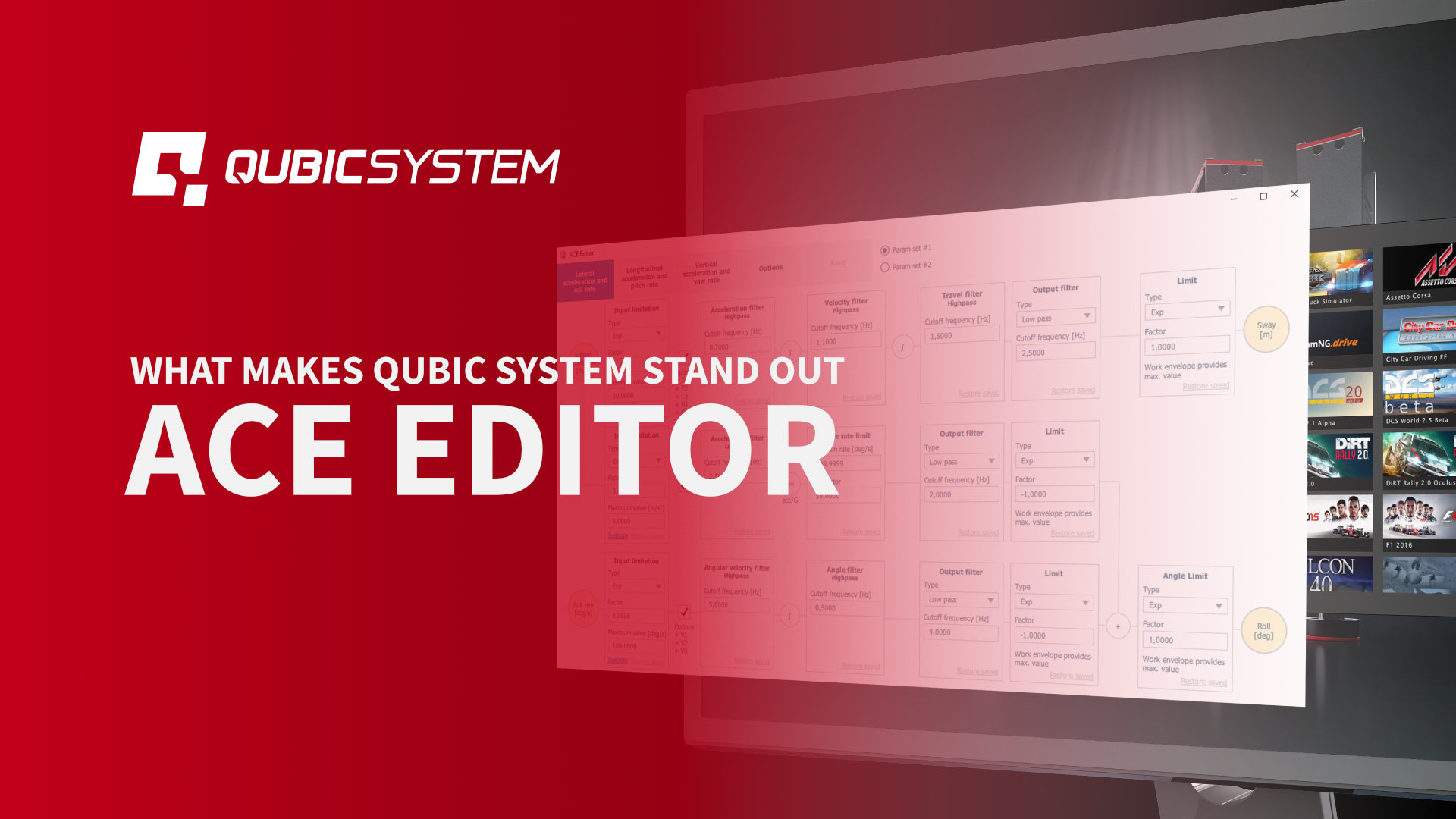 WHAT MAKES QUBIC SYSTEM STAND OUT

What happens when you combine ultra low latency actuators with a game running 60 FPS? It will be like driving a car at full throttle… in a traffic jam. Move and stop, move and stop, move and stop… The actuators will be bored most of the time. What can you do to make them less bored? You might run the game at 250 FPS, assuming that you solve technical difficulties, or, alternatively, you can use ACE 1 – original software for the best immersion and most efficient usage of any Qubic System platform developed by our Team.

On one hand, the ACE is like a proper fuel for a racing car, it enables the full potential of Qubic System’s actuators. On the other hand, the ACE is like human hearts – it never stops, and it gives the rhythm for the whole system operation. It uses game telemetry data as guidelines, not as absolute values and in the result the ACE generates control data for actuators at 250 Hz rate – much more often than any game can do – allowing actuators to operate flawlessly under any conditions.

The main purpose of using ACE is to ensure the most natural and dynamic movements which:

In terms of individual perception and preferences, software combined with the ACE system enables the user to set their own parameters for each of the effects with the help of sliders, depending on whether the driver prefers stronger or weaker sensation of a specific occurrence or motion. Moreover, there are separate settings for enhancing the effects of, for example, gear changes, tire slippage, engine rev limit or driving over the curbs, but all of those you can find in ready-to-play profiles made by professional sim racers to give you only one job – have fun on Qubic System platform.

1 What ACE stands for? You don’t want to know. If you really do, consider yourself to be warned, it is an Acceleration Control Engine. And, as you probably already guessed, the name was selected because the ACE acronym sounds cool.